So I must admit I’m a bit of a lazy blogger. I’ve been in Nairobi for about two and a half weeks since my last blog post :0. In my defence, I have been noting everything down just not transferring it to the blog, so today ill give you guys a quick recap of the past 2 weeks in two posts, one on orientation week and the other on the following days. You’ll notice that Im not too big on writing I think too much words on a blog makes it a little boring so my pictures will do most of the story telling 🙂

The first three days of my internship was orientation. Once again I must commend the internship coordinators at Agha Khan for their tremendous organization skills and hospitality. Orientation days began at 9am when we were picked up and taken to the facility. We had a couple of presentations welcoming us to Nairobi and giving us a brief history of the University Hospital.

Following this we were treated to lunch at  Nairobi’s La Dolce Vita, a really cute Italian restaurant for lunch. I must admit the food in Kenya is to die for! and the variety is amazing you can find anything from basic American food to Egyptian to Indian to Brazilian… You will notice that most of the pictures in my blog will be of food.

During the afternoon we were given a tour of the hospital and introduced to the security team and the HR team. We received dinner at our apartments and had some time to rest before day 2.

Orientation day 2 was a little more exciting as we got to travel around a little more. Our morning began at 9am as before. This time we had a presentation on the whole Aga Khan Development network led by Nooreen Kassam who is quite an influential figure in the Aga Khan foundation. (Just to put things into perspective she had just come back from a meeting with the Kenyan first lady right before our presentation! AND has worked with The Aga Khan on many occasions.) 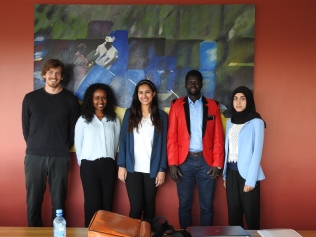 Group photo of the Interns

Following this, we took a quick tour of the Aga Khan academy.

The headgirl at Aga Khan Academy guided our tour

Another group photo of the interns plus our tour guides

After a long morning we headed back to the hospital where we had lunch at the doctors plaza which is a cafe located in the hospital.

Since all of us interns have different internship mentors, we split up to each go see our mentors. Mine is the CEO of the hospital Mr Shawn Bolouki. He was unavailable that afternoon so we set up a meeting for the next day. Later that night we went out for an Indian dinner at Hashmi restaurant and once again the food was beyond amazing! (so good i forgot to take a snap)

The next morning I had a meeting with my mentor. He basically gave us a brief overview of  the work we will be in charge of for the rest of the summer and gave us a start date of the following Monday.

I arrived in Kenya about a week ago filled with excitement to be back in the motherland but also extremely tired after the long 18 hour journey. As much as I enjoy travelling, long flights are definitely not my thing. Since there is no direct flight to Nairobi, I flew from Mississauga to Switzerland, had a two hour lay over, then travelled from Switzerland to Nairobi. Luckily I was able to travel with my friend and fellow intern Erin. Having a travel partner is definitely key when taking such long journeys. 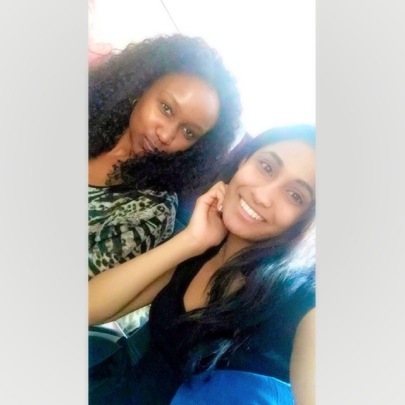 Upon arrival, the staff at Aga Khan University Hospital had already arranged for a driver to pick me up and take me to their guest/intern housing so everything went pretty smoothly. Furthermore, they gave me breakfast and lunch vouchers for their cafeteria and arranged for a cook to bring me dinner daily for the first week. I could get used to this life 🙂

Since we arrived on a Thursday I had a few days free to rest, unpack and familiarize myself with the area before work began on Monday. I took this opportunity to hang out with the other Western Heads East interns who will be interning at JKUAT since they were also in Nairobi for the weekend. Rayyaan, who actually lives in Kenya was our tour guide for the weekend. We went for lunch at The Village Market then later met a couple of his friends who took us out to get a glimpse of Nairobi nightlife. I must admit I cannot keep up with Nairobi parties just yet, in Canada a typical night out starts at 9pm and by 2am I am already tucked in bed. Here the night starts at 11pm and ends with breakfast at 6am! I dont know how people do it, by 3 I was already on my cab home lol. 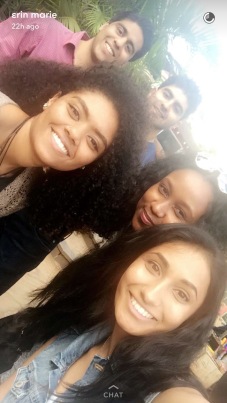 This was taken at around 1AM BEFORE we went out

Overall my first week in Nairobi was awesome! The weather was perfect, the food here is to die for, the people are amazing and the staff at Aga Khan are super hospitable and friendly. I cant wait to see how the next 3 months unfold 🙂

Western Heads East is a collaboration between Western University in London, Canada, and African partners using probiotic food to contribute to health and sustainable development. Largely through probiotic yoghurt social enterprises, the program is established in underserviced areas of Sub-Saharan Africa to address HIV/AIDS, health, empowerment of women, and economic development. For more information, visit www.westernheadseast.ca